Hydrogen-electric truck builder Nikola Corp. has entered into a strategic and exclusive partnership with a major global truck OEM "to accelerate industry transformation toward [the] emission neutrality of Class 8/heavy-duty trucks in North America and Europe through the adoption of fuel-cell technology.”

In plainer English, the deal means Nikola will get an infusion of funds and real-world expertise to bring to market its vision of a zero-emission future for trucking here and abroad.

The agreement inked between Phoenix-based Nikola and CNH Industrial N.V includes a $250 million investment in Nikola. CNHI, based in the Netherlands, is the parent of Italy-based truck maker Iveco and of agricultural and construction equipment makers Case and New Holland.

In a Sept. 3 news release, the two companies state that Nikola’s zero-emission heavy-duty trucks, powered by proprietary hydrogen fuel cell and battery technology, will be the first such vehicles to go into production. Further, they contend that Nikola’s “disruptive business model foresees an industry-first ‘all-in’ lease rate, which includes vehicle, service, maintenance and fuel costs, providing long-term total cost of ownership certainty at or below diesel costs.”

Iveco and FPT Industrial, the commercial vehicle and powertrain operations of CNHI, respectively, will provide engineering and manufacturing expertise to help put into production Nikola’s fuel-cell and battery electric trucks: The Nikola One, a North American Class 8 sleeper truck; the Nikola Two, a North American Class 8 daycab; and the Nikola Tre, a European cabover heavy-duty truck.

Noted in the release as “strategic near-term project milestones” are putting into production the fuel-cell powered version of the Class 8 Nikola Two (there is also an all-electric version) for the North American market, as well as the integration of Iveco’s S-Way truck technology into the battery-electric powered Nikola Tre model, which is designed  for both the North American and European markets.

Related: What’s Behind the Grille of the New Nikola Hydrogen-Electric Truck

The companies said that, in the long-term, a European joint-venture will cover both battery electric vehicles and fuel-cell electric vehicles to be launched by the end of 2022. In addition, Nikola plans to leverage Iveco’s European sales, service and warranty channels to boost its access to the European truck market.

Under the agreement, CNH Industrial will take a $250 million “strategic stake” in Nikola as the lead Series D investor. Pre-money valuation was set at $3 billion, with Nikola anticipating raising over $1 billion in the D round, granting approximately 25% ownership to new investors and business partners, including CNHI.

The partners stated that, “Fuel-cell technology is the logical next step to liquefied natural gas-powered engines, as it builds on existing refueling networks, enabling local on-site production of hydrogen." The companies touted FPT industrial's alternative-fuels credentials, noting it has produced over 40,000 natural gas-powered engines to date. "Iveco is the absolute European leader in natural-gas vehicles, with some 28,000 of its trucks and buses powered by FPT Industrial engines.”

The release also pointed out that just as FPT Industrial and Iveco have worked to develop and expand Europe’s natural-gas refueling network, “Nikola is actively working with partners to develop the required hydrogen refueling infrastructure in North America and Europe.”

“The time has come to finally provide a zero-emission solution to the heavy-duty market,” said Nikola CEO Trevor Milton. “While other OEMs believe zero-emission solutions cannot happen in the timeframe regulators have mandated, Nikola, FPT Industrial and Iveco are proving that these timelines are not unreasonable.

“Nikola has the technology but needs a partner with a European network to achieve it in a timely manner,” he continued. “With CNH Industrial’s investment and partnership, we can now bring zero-emission trucks to Europe… By bringing CNH Industrial on board, we now have access to manufacturing know-how, purchasing power, validated truck parts, plant engineering and much more. Few will doubt our ability to commercialize a truck now.” 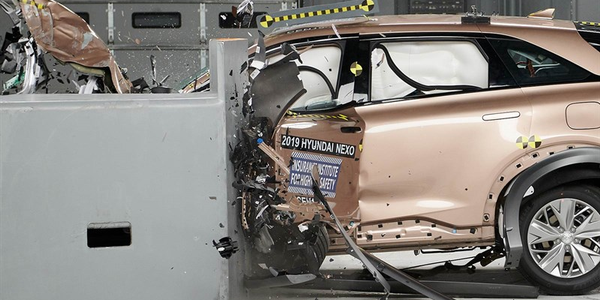