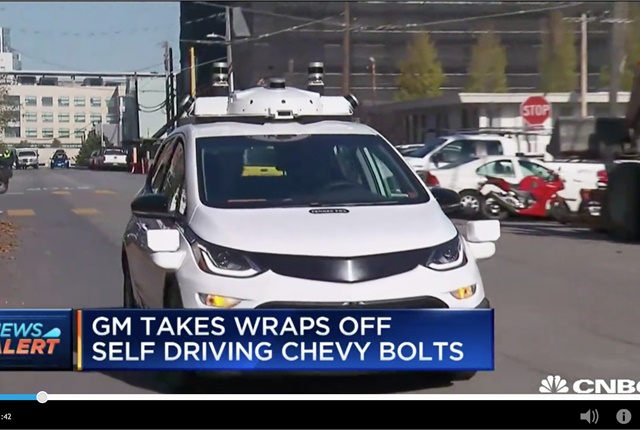 The automaker revealed the plans during a presentation to financial analysts and investors on Thursday, Nov. 30, in San Francisco. GM’s autonomous vehicle unit, Cruise Automation, is already testing autonomous Chevrolet Bolts on public streets in San Francisco — one of the nation’s most demanding driving environments.

“As we first launch autonomous and ride-sharing fleets, we believe the biggest opportunities are in the coastal areas,” GM CEO Mary Barra said during the presentation.

Company executives touted technological advances that have slashed production costs of electric vehicle battery systems and Light Detection and Ranging (LiDAR) sensors. They also pointed to a supportive regulatory environment at the federal and state levels. Because 94% of all traffic fatalities are caused by human error, legislators are eager to see how deployment of autonomous vehicles can help reduce traffic collisions and road deaths.

Cruise Automation will focus on building vehicles at scale to drive down costs and rapidly deploy in a growing number of markets, Vogt said.

To view a CNBC video about Cruise Automation's progress, click on the link or photo below the headline.