The U.S. Energy Department has downwardly revised its expectations for on-highway diesel prices this year, but expects prices to move higher in 2016 -- although what happens in Iran could change those forecasts.

The DOE's latest Short-Term Energy Outlook projects diesel will average $2.86 for all of 2015 (3 cents less than its estimate a month ago), increasing to $3.24 in 2016, down 1 cent from the previous forecast.

Diesel fuel retail prices are projected to average $2.77 per gallon this summer, down from an average of $3.89 last summer, before moving higher to $2.98 per gallon in the fourth quarter of 2015.

As for regular grade gasoline, it is expected to average $2.40 this year, compared to $3.36 last year, but rising to $2.73 in 2016. This is a 1-cent increase over last month’s estimate for this year, but it is unchanged for next year.

It also projects regular-grade gasoline retail prices will average $2.45 per gallon during the 2015 summer driving season, April through September, down from an average of $3.59 per gallon last summer. The projected monthly average regular retail gasoline price is expected to fall from $2.50 per gallon in April to $2.43 per gallon in September before dropping slightly to $2.42 per gallon in the final quarter of the year.

The forecast for average crude oil prices for this year and 2016 were both unchanged from last month’s report, $59 per barrel for North Sea Brent crude and $52 for West Texas Intermediate crude in 2016 and $75 and $70, respectively, in 2016.

However, the agency noted that the initial agreement on April 2 between Iran and Western nations over the country’s nuclear program could result in the lifting of oil-related sanctions against Iran, leading to lower oil prices.

“Lifting sanctions could substantially change the Short-Term Energy Outlook forecast for oil supply, demand, and prices by allowing a significantly increased volume of Iranian barrels to enter the market,” the report said. “If and when sanctions are lifted, the baseline forecast for world crude oil prices in 2016 could be reduced $5 to $15 per barrel from the level presented in this STEO.”

Iran is believed to hold at least 30 million barrels in storage, and the Energy Department believes the country has the technical capability to ramp up crude oil production by at least 700,000 barrels per day by the end of 2016. The pace and magnitude at which those volumes would reach the market would depend on the terms of a final agreement, according to the department. 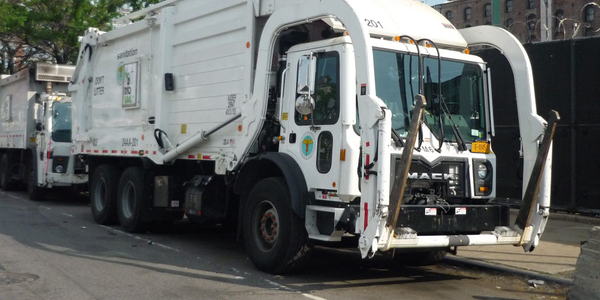