The 325 Volkwagen e-Golfs are part of a zero-emissions initiative with the car manufacturer. 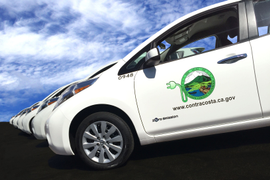 BALTIMORE - The City of Baltimore has partnered with Zipcar Inc. to launch a car-sharing program with 22 new Zipcars parked in locations across the city. 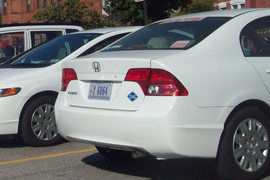 D.C. Slims Down and Shapes Up

The District of Columbia reduced its fleet size without sacrificing needed vehicles. Determining a reduction target was the first step.

PHOENIX – Zach Makawi loves his super-simple bicycle commute to Arizona State University in Tempe, but would rather use a campus Zipcar for free.

The pilot program is aimed to provide existing and new Zipcar members with an easy, convenient and cost-effective way to test drive the next generation of clean vehicles.

WASHINGTON – Washington, D.C., the first city in the country to adopt Zipcar's new FastFleet system, estimates it has saved more than $300,000 during a four-month pilot.

WASHINGTON – Washington, D.C., the first city in the country to adopt Zipcar's new FastFleet system, estimates it has saved more than $300,000 during a four-month pilot.

COLUMBUS, OHIO – After two years with the car-sharing company Zipcar, Ohio State has decided to continue the program with another vendor, Connect By Hertz. 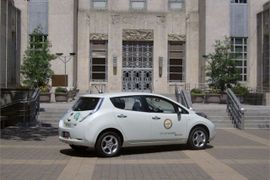 The City of Houston expects to save about $110,000 a year in fuel and maintenance costs by issuing 27 Nissan Leaf electric vehicles to city workers as part of a broader sustainability initiative that also includes car sharing. 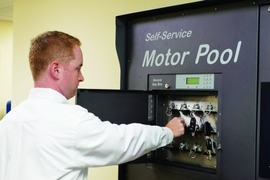 When properly implemented, a vehicle-sharing program enables fleets to eliminate underutilized vehicles — and the costs associated with them — freeing up cash to acquire newer, more fuel-efficient vehicles that are better for the environment and the bottom line.

CHICAGO - Using a successful Washington, D.C. program as a model, the Cook County Board of Commissioners is banking on an electronic monitoring system to make its management of the county's 2,000-vehicle fleet more efficient.