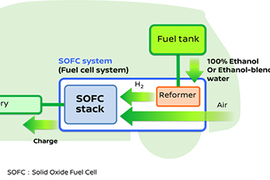 Nissan Motor Co. is currently researching and developing a Solid Oxide Fuel-Cell (SOFC)-powered system that runs on bio-ethanol electric power. The SOFC fuel cells produce electricity to charge a battery from the reaction of fuels such as ethanol and natural gas with oxygen. 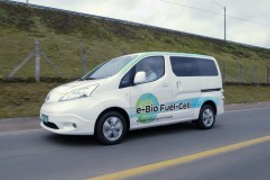 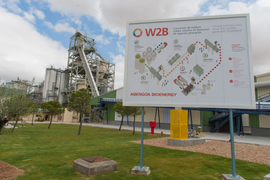 The plant that uses waste-to-biofuels (W2B) technology has a capacity to treat 25,000 tons of municipal solid waste (MSW) from which it will obtain up to 1.5 million liters of bioethanol for use as fuel.

DETROIT - General Motors Co. announced a five-year partnership with the U.S. Department of Energy (DOE) to help develop the potential of the jatropha plant as a sustainable biofuel energy crop.

GOTHENBURG, SWEDEN - Volvo Cars' most powerful E-85 engine is now receiving a vitamin supplement in the form of 30 fresh horsepower and an additional 40 Newton meters of torque.