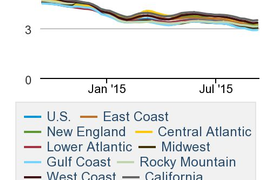 The average price of a gallon of on-highway diesel fuel rose for the first time in 3 ½ months, according to the latest numbers from the U.S. Energy Department. 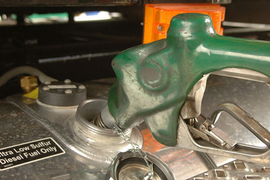 The U.S. Energy Department has downwardly revised its expectations for on-highway diesel prices this year, but expects prices to move higher in 2016. 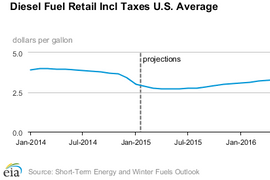 Diesel Prices Forecast to Move Lower in the Short-Term

Despite the first upturn since November in average diesel prices this week, expect prices to move slightly lower at least for a while longer, according to the U.S. Energy Department and its latest Short-Term Energy Outlook released on Wednesday.