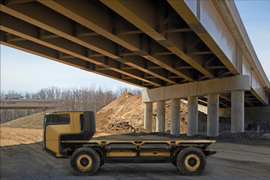 General Motors has developed a medium-duty chassis cab truck powered by a hydrogen fuel cell powertrain for commercial buyers that the company is also pitching to the U.S. military, the company announced. 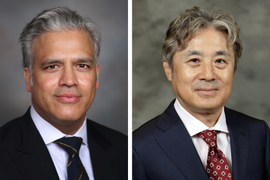 A General Motors executive with operational expertise and a Honda executive who oversaw four assembly plants will lead a new joint venture to develop hydrogen fuel cell propulsion systems, the companies have announced. 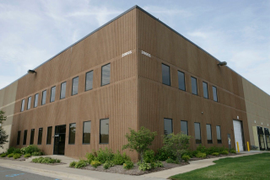 General Motors and Honda will develop a hydrogen fuel cell system under a $170-million manufacturing partnership that's expected to begin producing the systems for future vehicles by 2020, the companies announced. 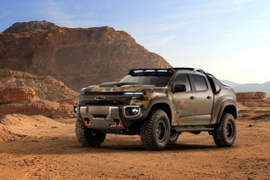 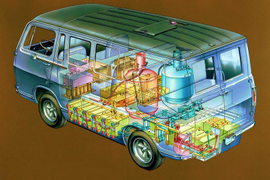 GM revealed its latest fuel cell demo, the Chevrolet Colorado ZH2, at the Association of the U.S. Army annual meeting and exhibition in Washington, D.C. 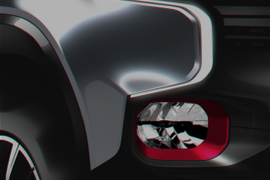 General Motors and the U.S. Army will test out a hydrogen-powered Chevrolet Colorado pickup to see if it can withstand the extremes of daily military use, the automaker has announced. 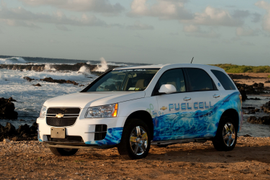 Since GM's Project Driveway program launch in 2007, the 119 hydrogen-powered vehicles have driven more than 3 million miles, avoiding the consumption of 157,894 gallons of gasoline. 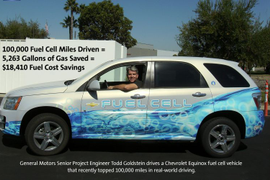 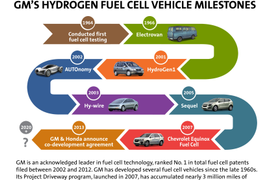 General Motors and Honda have formed an agreement to co-develop a next-generation fuel cell system and hydrogen storage technologies. The companies said they are aiming to complete the project by 2020. GM and Honda added that they plan to work with stakeholders to increase fueling infrastructure availability.

HONOLULU - General Motors announced it has joined The Gas Company (TGC) and ten other companies, agencies, and universities in an initiative to make hydrogen-powered vehicles and a fueling infrastructure a reality in Hawaii by 2015. 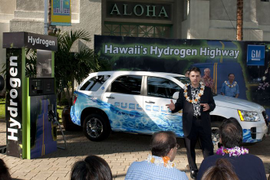 BURBANK, CA - General Motors Co. said it is testing a production-intent hydrogen fuel cell system that can be packaged in the space of a traditional four-cylinder engine and be ready for commercial production in 2015.

WASHINGTON - The second-generation hydrogen fuel cell system in development by General Motors Co. is half the size, 220 lbs. lighter, and uses less than half the precious metal of the current generation in the Chevrolet Equinox Fuel Cell electric vehicle.

What's It Like to Drive a Hydrogen Fuel Cell Vehicle?

NEW YORK CITY - Shell partnered with General Motors, the Port Authority of New York and New Jersey, and the U.S. Department of Energy to open this latest station.