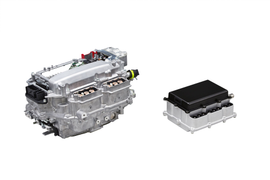 Toyota recently announced that it has manufactured a semiconductor chip that could improve the fuel efficiency of the OEM's hybrids, such as the Prius, by as much at 10 percent. 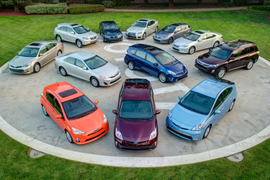 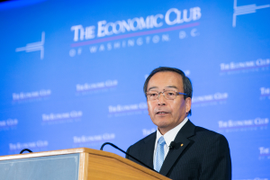 While addressing the Economic Club of Washington, D.C., in late September, Toyota Motor Corporation Chairman Takeshi Uchiyamada described his vision of future of alternative fuel vehicles and the Prius’ role in it. 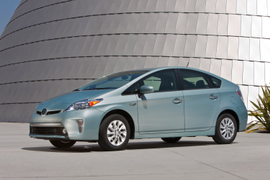 Toyota will cut the starting price of both the base and advanced models of the 2014 Prius Plug-In Hybrid. 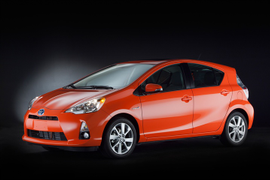 TORRANCE, CA – Toyota announced it plans to debut its new Prius c subcompact hybrid at the 2012 North American International Auto Show in Detroit. In addition, the automaker said the vehicle will go on sale in the spring of 2012.

NEW YORK - Toyota Motor Corp. announced April 6 that it will continue production of the Prius along with the Lexus CT 200h and HS 250h at two plants in Japan, although at less than capacity.

TORRANCE, CA - Toyota Motor Sales USA on Feb. 20 announced that the general public has selected "Prii" as the preferred plural term for Prius.

TORRANCE, CA - Toyota announced that the all-new 2012 Prius v, the first in a new line of Prius vehicles, will be the automaker's first vehicle to offer the Toyota Entune multimedia system. 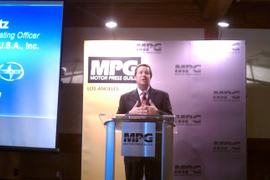 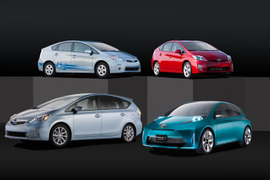 Toyota to Reveal Prius Family of Vehicles at NAIAS

TORRANCE, CA - In addition to the current third-generation Prius and Prius Plug-in vehicle (PHV), the first all-new addition to the Prius Family will debut along with a Prius concept vehicle at the 2011 North American International Auto Show (NAIAS) in Detroit. 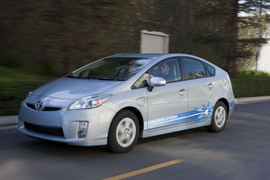 BOULDER, CO - The University of Colorado at Boulder's Renewable and Sustainable Energy Institute (RASEI) is partnering with Toyota to study the impact of plug-in hybrid electric vehicles (PHVs) in a "smart grid" environment.