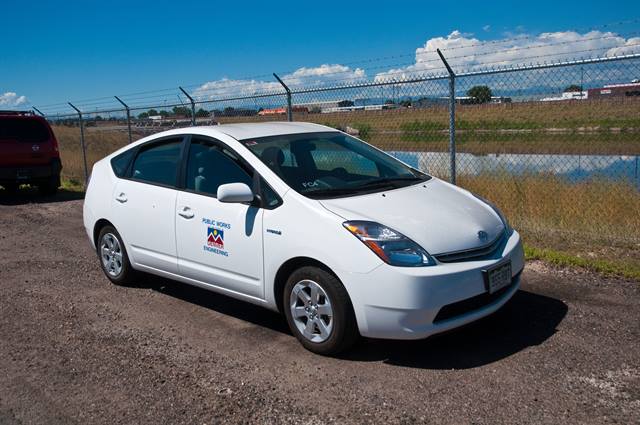 At the foot of the Rocky Mountains, some of the country’s most progressive fleets are leading the way in reducing petroleum use and vehicle emissions, reflecting a decades-long commitment to air quality and sustainability.

Denver Metro Clean Cities (DMCC), which includes dozens of fleets from the public and private sectors, is celebrating its 20th anniversary this year — a milestone it shares with the national Clean Cities program (See page 26). Launched in September 1993, the Denver coalition, now housed within the American Lung Association, is the country’s second-oldest Clean Cities coalition.

In 2011 alone, DMCC members saved 3.3 million gallons of petroleum through the use of alternative fuels, advanced vehicles, fuel-economy improvements, and idle-reduction measures.

“One of the things I’m most proud of is the extensive network we’ve built over the years,” said DMCC Coordinator Natalia Swalnick.

The City and County of Denver’s fleet is among the coalition’s pacesetters.

The fleet uses biodiesel and E-85 extensively, and was among the first in the country to incorporate hybrid vehicles into its operations. It takes advantage of the fuel-saving benefits of idle-reduction equipment on heavy-duty vehicles and anti-idling policies for all drivers. Now DMCC is helping the fleet with the development of a compressed natural gas (CNG) fueling station that will serve its refuse trucks.

DMCC is fostering connections between the Denver fleet and others in the area that could also use the station. Such partnerships will increase the volume of fuel dispensed by the station, thereby improving its return on investment.

Swalnick also assisted by providing sample RFPs for station development, which she obtained from her fellow Clean Cities coordinators in other locations.

"It was great to be able to capitalize on their expertise instead of having Denver start from scratch. There are no prizes for originality in the world of RFPs,” Swalnick said.

Get Involved With Clean Cities
Through the work of nearly 100 local coalitions, Clean Cities advances the nation’s economic, environmental, and energy security by reducing petroleum use in transportation. Clean Cities is an initiative of the U.S. Department of Energy. Find out more at www.cleancities.energy.gov.