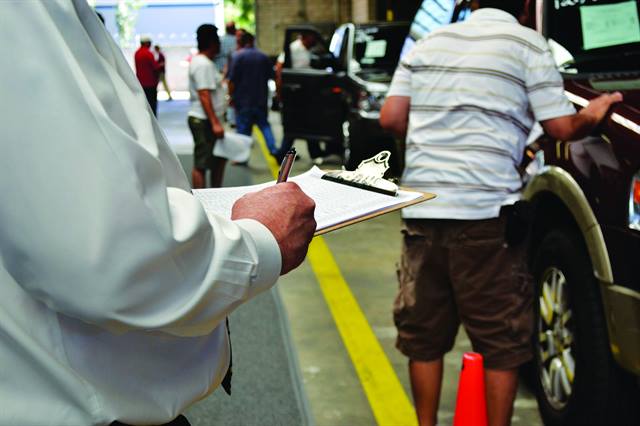 Fleets are increasingly testing electric vehicles (EVs) to determine their real-world applications, but large-scale adoption has yet to occur. One reason fleets are holding back has to do with the unknowns regarding EV residual values.

As both electric-vehicle and traditional gasoline-powertrain technologies change, becoming more efficient every year, predicting what the residual values of electric vehicles will be a few years from now presents a challenge. Complicating matters further, according to "Black Book"’s Vice President and Managing Editor Ricky Beggs, is that end-user demand isn’t the core driver of EV design; regulation is, specifically meeting the federal government’s upcoming CAFE standards.

“There is a lot of hype and talk about EVs,” Beggs said. “It’s all being driven by CAFE requirements and about average corporate fuel economy that manufacturers have to meet. I think they get a certain number of credits for hybrid and EV units even if they don’t meet those units. If gasoline was sitting at $5 per gallon and staying there, we would have a different perspective, but that’s not where we’re at. The price of gasoline is holding interest [in EVs] back right now.”

Beggs cited range as a key challenge for most EV buyers, both fleet and consumer. He noted the Chevrolet Volt stands out in terms of range, but that other models still induce “range anxiety” in drivers. Still, there are potential savings from reduced fuel costs that an EV (including hybrid models) can provide.

Even with those cost savings, the inability to predict relatively accurate residual values is a major problem that affects the potential popularity of EVs.

“There is really no historical data to look at,” Beggs said. “When we project residuals at Black Book, we look at how much technology will be out in two or three years. Will that new technology affect the value of the vehicle two to three years from now? If you can get 40 miles on a charge now, what if a new model of a vehicle comes out that costs less than the current model does today, but gets 90 miles per charge?”

Navigating the Unpredictable EV Market
Unpredictable residual values mean higher costs associated with leasing, which many commercial fleets use to keep costs down.

Beggs said the fuel economy of late-model mid-size cars is another issue that reduces the residual values of EVs and hybrids.

“Look at the fuel economy those vehicles are getting today,” Beggs said. “It’s not the subcompact getting 40 mpg; it’s the mid-size car. There are pretty nice cars getting mpg into the high 30s.”

Beggs said Black Book does believe more types of EVs will be coming to market in the years to come, primarily for one inescapable reason: regulations.

“If you just look at the 2012 models, there are eight new hybrids from that year that weren’t in 2011,” Beggs said. “Are they high volumes? No, they’re not high volumes. For example, with Toyota’s RAV4 EV, there are only 1,100 coming out over the next three years. I see more and more hybrids coming into play, because it helps the automakers meet CAFE standards.”

Although there are still many unknowns regarding EVs, ultimately there won’t be that many EVs coming back onto the market as used vehicles in the next few years, according to Beggs, citing current sales figures for all three types of electrified vehicles.