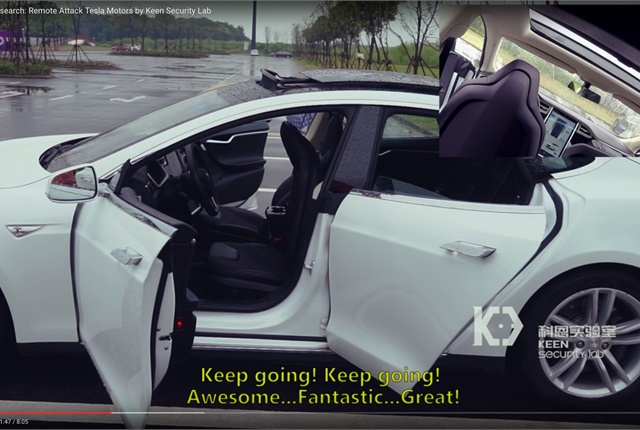 Tesla Motors quickly developed a security patch for its vehicles after a Chinese cybersecurity team demonstrated the Tesla Model S was vulnerable to hacking, according to a report from Reuters.

The electric carmaker told the news agency that the identified bugs were fixed during an over-the-air firmware update.

Keen Security Lab of Tencent publicly revealed the cybersecurity issues in a blog and video posted on Sept. 19. The lab said that after it spent several months of in-depth research on Tesla cars, security specialists discovered multiple vulnerabilities and were able to gain remote control of vehicle functions in both parked and moving vehicles.

Keen Security Lab said it reported the technical details about the vulnerabilities to Tesla, in compliance with global industry standards, and the Tesla security team confirmed the problems. In its blog, Keen Security Lab praised Tesla’s rapid response to the lab’s cybersecurity report. Tesla delivered the update within 10 days of learning about the security vulnerabilities.

In the video, researchers remotely control such functions as seat adjustment and sunroof opening and closing.

To view the video, click on the photo or link below the headline.