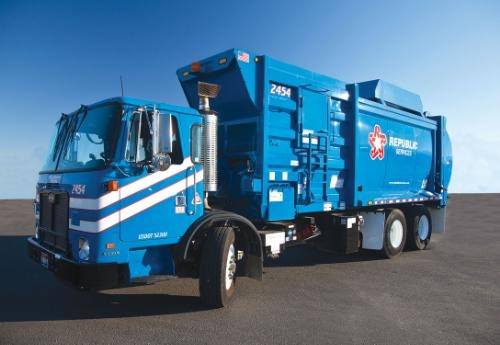 According to the U.S. Environmental Protection Agency, each new CNG solid waste and recycling truck reduces ozone-forming emissions by as much as 80% when compared to older diesel powered trucks. In addition, each new CNG truck deployed is equivalent to removing five passenger vehicles from local roads for one year, or to adding 600 mature trees into the local environment.

Republic operates a fleet of more than 1,400 CNG vehicles and 26 natural gas fueling stations nationwide. Approximately 50% of all Republic vehicles purchased in 2013 are powered by the domestic fuel source.

Republic Services employs more than 300 team members at its Anaheim division, and serves more than 180,000 residential and 13,000 commercial customers in Orange County.