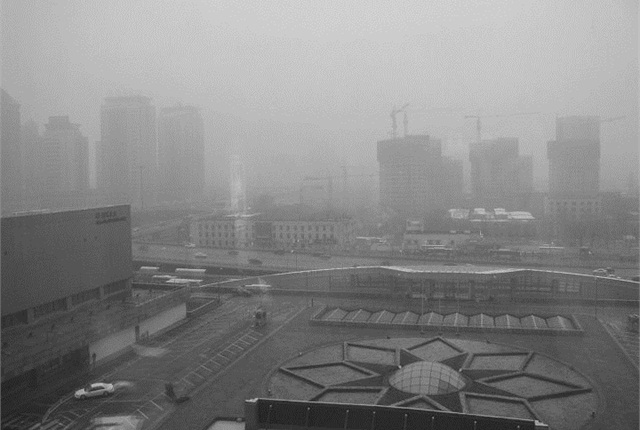 China is quickly establishing itself as the world's largest automobile-driving nation, but it's coming at a cost—hazardous levels of smog and heavy traffic. In order to stem both, Beijing is slashing the city's new car sales by 40 percent, according to a report by Reuters.

The change in policy gives greater support for new, cleaner cars, and could strengthen foreign carmakers' determination to accelerate growth in China's less crowded lower-tier cities, according to the report.

Recently, high levels of pollution forced the Chinese government to all but shut down the northeastern city of Harbin, a major urban center with a population of 11 million.

Over the next four years, Beijing will issue 150,000 new license plates annually, down from 240,000 each year now, according to the city government's website. Car buyers must put on plates before they are allowed to drive on Chinese roads, according to the Reuters report.That means Beijing's new passenger vehicles sales during the 2014-2017 period will be capped at 600,000 units, few than the city's vehicle sales in 2010 alone.

However, there could be an upside for manufacturers of green vehicles. According to Reuters, the government will allot a higher proportion of license plates every year to buyers of new-energy vehicles that need lower amounts of gasoline or use alternative energy. This could benefit electric automakers such as BYD Co Ltd. The number of plates for such vehicles will triple from 20,000 in 2014, to 60,000 in 2017, accounting for 40 percent of that year's total plate quota.

China has already taken a series of steps to ease traffic congestion and clean up air and water, as environmental degeneration becomes a source of social unrest. But none has cleaned up the air, according to the Reuters report.

China plans to restrict vehicle sales in eight more cities, the China Association of Automobile Manufacturers said in July, a policy trend that has already led carmakers such as General Motors Co and Volkswagen AG to put more resources into China's smaller, less-crowded lower-tier cities, according to Reuters.