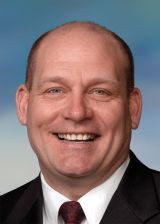 He was elected at the March 2 Board of Directors meeting in Washington, D.C. Clark succeeds Andrew Littlefair, president and CEO of Clean Energy Fuels Corp., who remains on the Board of Directors as an officer as the immediate past chair.

The other newly elected officers of the association are:

“I am honored to lead NGVAmerica. I know we are going to make incredible strides in advancing natural gas as a transportation fuel,” said Clark. “We are producing abundant supplies of clean burning natural gas here in the United States, and growing the market for natural gas vehicles means more jobs and less reliance on foreign oil.”

Clark was named president of the Metropolitan Utilities District, the Omaha metro natural gas and drinking water utility, in January after serving as the vice president of Governmental Affairs and Marketing. He joined the utility in 2002. Among his responsibilities, the organization said he spearheaded efforts to expand natural gas as a transportation fuel in Omaha. The utility, which has more than 50 vehicles fueled by natural gas, is working with fleets, and in June will open two public natural gas fueling stations.

“The momentum for natural gas as a transportation fuel is growing every day, as we see concerns mount about energy security and rising gasoline and diesel fuel prices,” says outgoing chairman Andrew Littlefair. “Doug is in a perfect position to lead our association. As the president of a gas utility, he has broad knowledge of the natural gas industry. Since his company operates a fleet of vehicles, he appreciates the needs of fleet operators – a key market for the NGV industry. And his experience with government at the local and national level will be critical as NGVAmerica works with Congress to help this country reduce its dependence on foreign oil.”