The air vehicle concept Hyundai released was created in part through Uber’s open design process, a NASA-inspired approach that jump-starts innovation by publicly releasing vehicle design concepts so any company can use them to innovate their air taxi models and engineering technologies.

RELATED: Flying taxis could transform cities if we set the right rules

In this partnership, Hyundai will produce and deploy the air vehicles, and Uber will provide airspace support services, connections to ground transportation, and customer interfaces through an aerial ride share network. Both parties are collaborating on infrastructure concepts to support take-off and landing for this new class of vehicles. 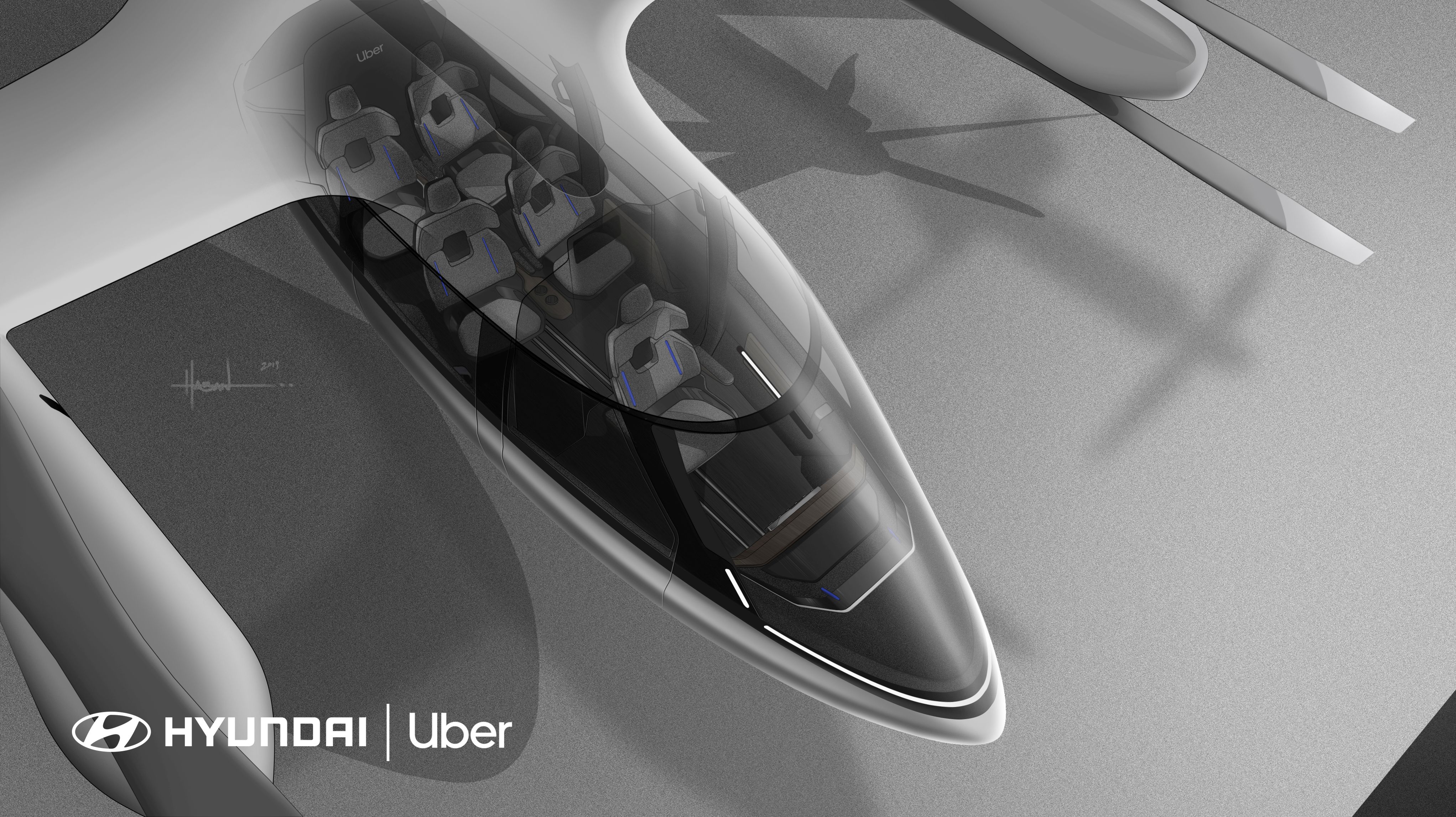 The cabin is designed with four passenger seats, allowing riders to board / disembark easily and avoid the dreaded middle seat. Hyundai/Uber

Uber has announced a goal of flight demonstrations in 2020 and Elevate commercially available to riders in 2023.