Close
Toyota Motor Corp. (Toyota) announced that it will provide a full line-up of electrified vehicles to support the 2020 Olympic and Paralympic Games being held in Tokyo.

The automotive company will provide a total of around 3,700 mobility products and/or vehicles for the events. The majority, or nearly 90%, of the official vehicle fleet will be electrified.

Preliminary calculations suggest that the CO2 emitted by the commercially-available fleet for Tokyo 2020 will average less than 80 g/km*1, resulting in a reduction by approx. half of the typical amount when compared to a similar sized fleet of mostly conventional gasoline and diesel models. Additionally, further reductions are anticipated during the Games when combined with Toyota's other advanced mobility products and/or electrified vehicles, including the unique versions of vehicles or vehicles designed for use at the Games. As such, Toyota aims to achieve the lowest emissions target level of any official fleet used at the Olympic and Paralympic Games.

To help avoid collisions and reduce/mitigate potential damage or injury, all of the commercially-available vehicles for staff transportation support will come equipped with Toyota's preventative safety technologies. Additionally, nearly all the commercially-available vehicles will also be equipped with Intelligent Clearance Sonar (ICS), designed to assist with braking in the event of unintended misapplication of the acceleration pedal.

Aside from the official fleet, Toyota will also support Games operations with other vehicles, including the mass-transit Fuel Cell Bus "Sora", assistive vehicles that help lift passengers into their seats or are equipped with an attached slope to allow passengers with wheelchairs access to enter the vehicle via the back door, and other vehicles such as Fuel Cell Forklifts made and sold by Toyota Industries Corp. 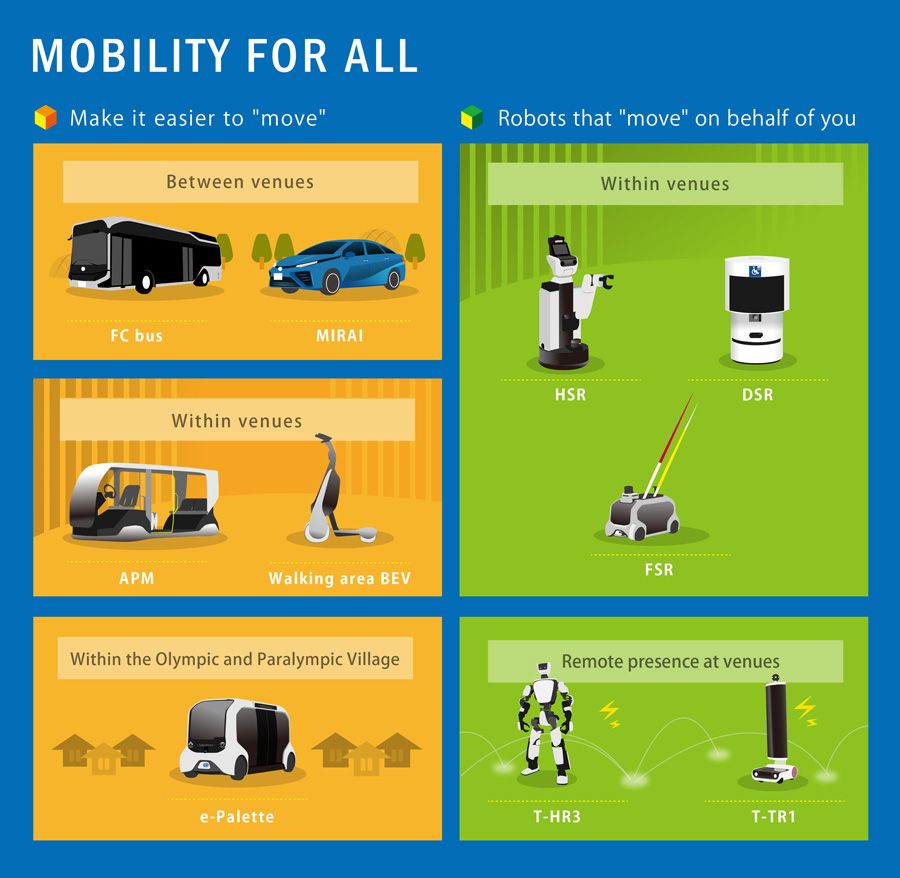 Some of the vehicles that Toyota will provide: